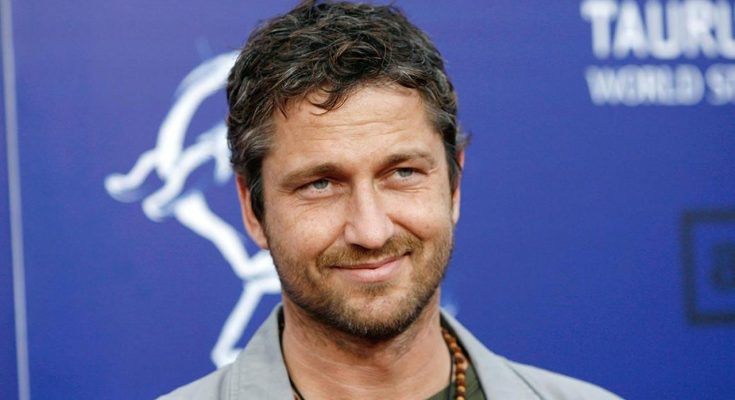 Gerard Butler’s shoe size can be described as tiny. All his body statistics are here!

Gerard James Butler is a Scottish actor born on 13th November 1969. Butler was basically a trained lawyer but in the mid of 1990s he turned his attention towards acting and started his career in 1997 with small roles in production such as Mrs. Brown, Tomorrow Never Dies, Tale of the Mummy and Dracula. The big-break of his career came in 2001 when he was cast for the lead role in mini television series Attila. After this, the actor began to land more prominent roles in various movies like Reign of Fire, The Phantom of the Opera and Timeline. In 2007, Gerard received huge amount of international success and recognition from the movie 300 after which he has worked in several blockbuster films till now including Nim’s Island, Gamer, Corilanus and Olympus Has Fallen along with giving voice to characters in a number of animated movies. While when it comes to his off-camera life, the actor has been linked with a number of celebrities till now such as Brandi Glan Ville, Chiara Conti, Jennifer Aniston, Madalina Ghenea and Cameron Diaz.

I wasn’t going to be an actor. I was going to be a lawyer. I came from a family just above working class, just below middle class, a great family of wonderful values. The idea of me having a chance for a law degree was enticing. Enticing to me but also very enticing to my family.

The problem with my mind is it sways from side to side. The idea of me fantasizing about becoming an actor quickly led to depression. ‘No, it was never going to happen to me.’ I was a sixteen-year-old kid on the other side of the world from where they made movies. Scottish actors never really got play. There was Sean Connery, and that was it.

By that point, I had started taking singing lessons. And after the first session, I mean, I was surprised that the windows didn’t shatter. And after the third session, I really didn’t know where this voice had come from.

Funnily enough, when I originally went in for my screen test, that set was already built.