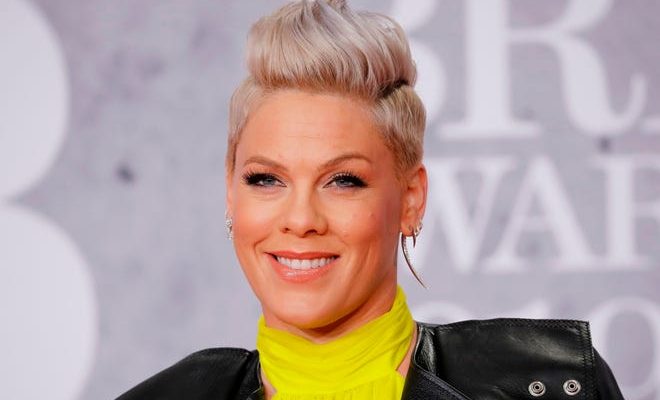 Pink has a medium shoe size. Below is all you want to know about Pink’s body measurements, and more!

Short Bio
Pink was born September 8, 1979 in Abington Township, Pennsylvania. She has German, Irish and Lithuanian ancestry. her first album is 2000 Can’t Take Me Home. Most recent album is from 2012 and is called Truth About Love. Pink also appeared in couple of movies, such as Charlie’s Angels: Full Throttle and in 2013 film Thanks for Sharing.

I change my mind so much I need two boyfriends and a girlfriend.

You can’t move mountains by whispering at them.

I’ve been asked to do ‘American Idol’ and ‘X Factor.’ I’m an Ed McMahon kind of girl. ‘Star Search?’ I’m in, all day long. It felt more authentic, and the market wasn’t oversaturated with karaoke contests.

I decided at 15 that I didn’t want to be one of those artists that gets up and sings love songs they don’t mean. I decided that I was going to be me to the fullest extent, that my songs were going to reflect relationships I’ve had, things I’ve been through, and even the stuff I’m embarrassed about.