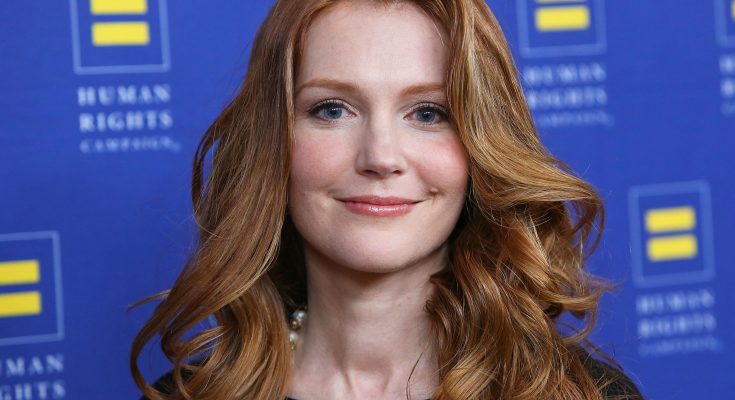 Darby Stanchfield is an American television and movie actress. She is best known for portraying Abby Whelan on the ABC political drama series Scandal from 2012 to 2018. She is also known for roles such as April Green in Jericho, Helen Bishop in Mad Men, Shannon Gibbs in NCIS and Amelia Joffe in General Hospital. She has also appeared in the films Carnage Park, Medicine Men, The Rendezvous, Willie and Me, The Clinic, and Justine. Born Darby Leigh Stanchfield on April 29, 1971, in Kodiak, Alaska, her father, Paul Stanchfield, was a commercial fisherman. She graduated in 1993 from University of Puget Sound with a degree in Communications and a minor in theater. She received a Masters in Fine Arts from the American Conservatory Theater in San Francisco. She has been married to Joseph Gallegos since 2009.

For me, being successful meant not having to do my laundry at a laundromat and not having a second job.

I did ‘Jimmy Kimmel Live’ a while ago, and Lady Gaga was in the dressing room next to mine. The outfit she wore walking down the hall was even more fabulous than what she wore onstage!

When I’m grateful for all the blessings, it puts away all the stress about things not in my control. Things like long hours, aging, pollution, scandals… it helps me create perspective by just focusing on being grateful. Take that moment twice a day with yourself.

What I miss most about living in Alaska is the fishing.

As a kid, we had one television channel and a sad little roller rink. And there was not much else to do. So I used my imagination all of the time growing up. That’s the main way I played. When we moved and I went to high school, I did my first play, and I was completely addicted to theatre. It felt like home; it felt natural.