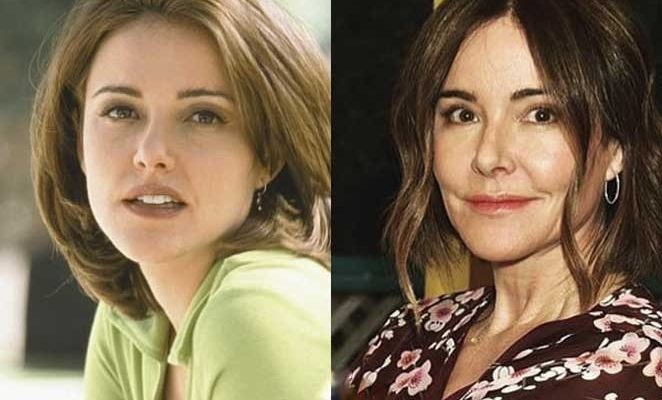 Christa Miller has a large shoe size. Below is all you want to know about Christa Miller’s body measurements, and more!

Christa was born May 28, 1964 in New York City, New York. In early years, she did a lot of modeling gigs. But after she moved to LA, California, Miller reoriented herself fully on acting. Some of her movies include Stepfather III and Kiss & Tell. Yet, Miller got more famous for her appearances in The Drew Carey Show, Scrubs, and Cougar Town. Christa is married to Bill Lawrence since 1999 and they have three children together. Her husband is a producer and director.

“I am so happy that I married a comedy writer. He’s never not without a joke. No matter where we are.” (Christa Miller)

“I am very protective of my family.” (Christa Miller)

“When I was asked to write an article about what it was like to work with my husband on a TV show, I assumed it was because people thought it would be titillating. He’s a creator/writer/producer, I’m an actress; there must be lots of gossip, in-fighting, maybe some crazy-sexy time on the set, right? Actually, it’s pretty tame.” (Christa Miller)

“Before I go on selling the joy of working with your spouse, I should make something clear: Although we have a great marriage, it is as trying as anyone’s.” (Christa Miller)

“People have maybe, sometimes, said that I can, occasionally, be a teeny bit edgy and judgmental.” (Christa Miller)