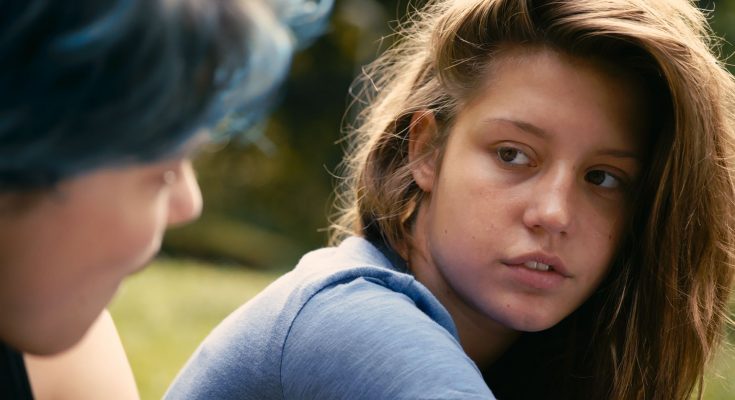 Adele Exarchopoulos is a French actress. She is best known for her portrayal of Adèle in the 2013 drama “Blue Is the Warmest Colour,” which made her one of the youngest winners of a Cannes prize. Her other credits include Boxes, Les Enfants de Timpelbach, Turk’s Head, and Down by Love. Born on November 22, 1993 in Paris, France to Marina Niquet and Didier Exarchopoulos, Adele began acting when she was 9. She had her first uncredited film role in the 2005 film Martha. She has been in a relationship with French rapper Doums aka Morgan Frémont since February 2016. They have a son together.

In our generation, everybody told us that it’s really important and it’s nice to be able to speak a lot of languages. It’s an art, too. It really impresses me, people who speak, like, seven languages. I admire them so much, so I began with English, and then Spanish and maybe Portuguese.

In every shoot, between the actor and the director there is manipulation. I’m not saying that negatively. It’s healthy.