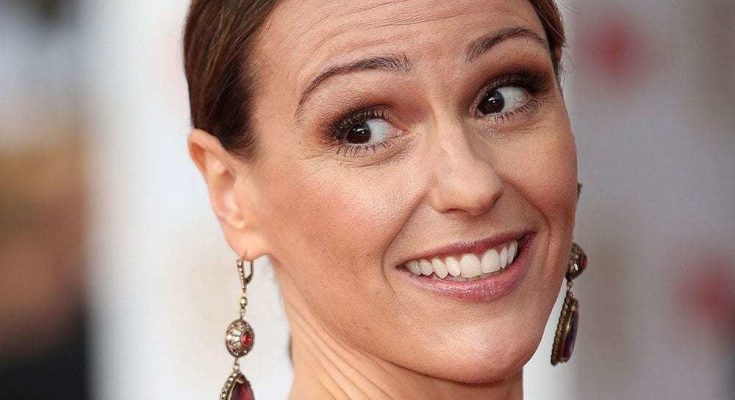 Suranne Jones has a small shoe size. Below is all you want to know about Suranne Jones’ body measurements, and more!

Short Bio
Suranne was born 27 August 1978 in Chadderton, UK as Sarah Anne Jones. Her by far the most famous role is Karen McDonald on TV show Coronation Street. But Jones played in numerous other shows, including Vincent, Harley Street, Five Days, and The Crimson Field. In 2015, you can see her as Sergeant Rachel Bailey on Scott & Bailey. Suranne is currently engagedto magazine editor Laurence Akers. Her previous relationship with Jim Phelan didn’t work out although the couple was already engaged as well. We wish Suranne more luck in this time.

“Being in the public eye, with the Internet – it’s scary. You can put out too much, and it becomes a part of the pie chart of who you are. Things stick. And they never go away.” (Suranne Jones)

“‘Unforgiven’ gave me the opportunity to be a complete changeling: the blonde hair, the research that I did at the prison. It changed the perception of me.” (Suranne Jones)

“It’s horrible when you go to work and you’re not happy.” (Suranne Jones)

“I’ve always been ballsy. My dad is a blunt northerner, and maybe I’ve got a bit of that in me. I just kind of steam ahead.” (Suranne Jones)

“It is a golden age of television, with Amazon, Sky, and Netflix. They give opportunities to people to develop their own projects together. So much stuff has to be made. There has to be more opportunity.” (Suranne Jones)