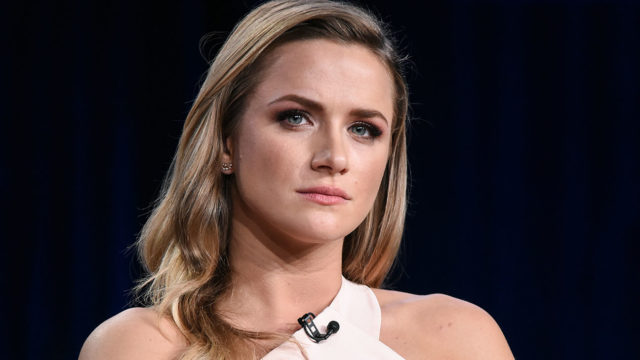 Short Bio
Shantel was born July 25, 1985 in Luverne, Minnesota. This hot model and actress is famous mostly through TV show One Tree Hill where she played Quinn James. She appeared there several times wearing only lingerie or bikini, exposing her gorgeous body with hot curves and flat toned stomach. It was clearly visible that VanSanten maintains her figure in superb shaped and probably does some workout. In 2015, Shantel will be starring on new show The Messengers as Vera Markov. We wonder if there’ll be also some bikini scenes so we can check on her measurements again.

“When I was in the eighth grade, I wrote this huge long paper about how I had no idea what I was gonna do with my life, but that I wanted to make a difference and touch even if it was like one person’s life… inspire them.” (Shantel VanSanten)

“Being on a television show and having so many fans is something that I’ve never experienced before, and it’s really neat when they come up to you and are like, ‘That storyline is amazing and really spoke to me in my life,’ and it’s really cool. I really enjoy it.” (Shantel VanSanten)

“When I’m on set filming ‘One Tree Hill,’ I get up and work out four to five days a week.” (Shantel VanSanten)

“For me, having greek yogurt and some granola is the perfect start-up breakfast because it has many benefits. Its filling, healthy and gives me energy to start my day.” (Shantel VanSanten)

“I am happiest when I’m sitting on my parent’s couch with the fire place on and talking to my family.” (Shantel VanSanten)