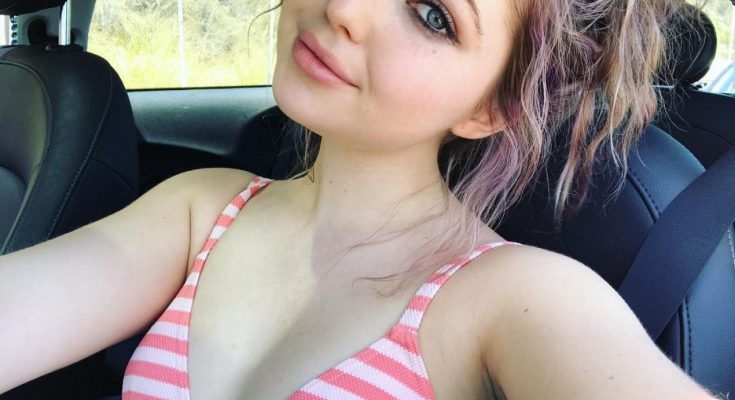 Check out Sammi Hanratty’s shoe size and her other body measurements!

The American actress Sammi Hanratty got to start her on-screen acting career in 2005 through TV and after guest appearances in several series, she made her big-screen debut with film Pirates of the Caribbean: Dead Man’s Chest in 2006. Since then, Sammi has remained pretty active in television and film industries, working on several projects simultaneously. Some of her notable film appearances have been in An American Girl: Chrissa Stands Strong and The Greening of Whitney Brown while Hanratty has had prominent roles in TV series like The Unit, The Suite Life of Zack & Cody, Salem, and Shameless. Moving towards the personal life of the actress, Sammi Hanratty was in a relationship with actor Ryan Ochoa for several years after which she began dating YouTuber Lucas Watson in 2016.

Family is extremely important, and home is wherever they’re waiting for you. No matter where you are, if you have great support, that’s all that matters.

Every teenager and everybody around the ages from 10 to 18 has to go through finding out who they are.

I get cyber-bullied all of the time. Everybody has something negative to say. It is so hurtful. So I think that it is really important for kids to know how to deal with it correctly because it can be a really dangerous situation.

With movies, you can do a lot more roles a lot faster. My favorite thing about acting is taking on new characters. It’s fun switching it up at times. No matter what, I feel so honored and blessed to be 16 and already living my dream. It’s really special.

People get so trapped by their technology now. Real life is so much better. I love talking with my mother and father. We really enjoy staying in and making a meal together. I’m very close with all four of my older sisters as well.