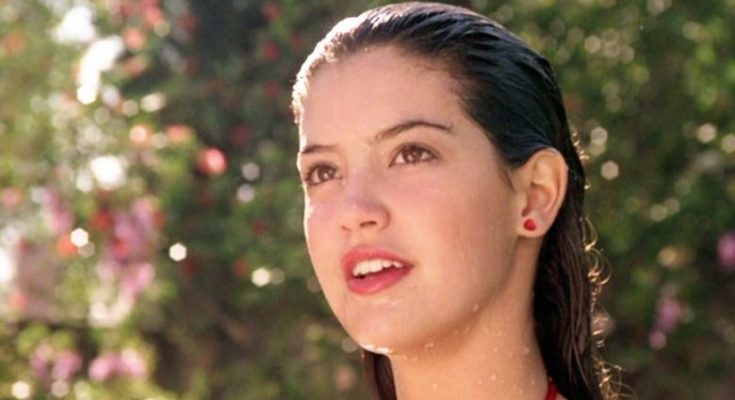 Phoebe Cates has a medium shoe size. Below is all you want to know about Phoebe Cates’ body measurements, and more!

Phoebe was born July 16, 1963 in New York City. She studied at the prestigious Juilliard School. Phoebe also received a scholarship to the School of American Ballet but dropped out of this career choice after having a knee injury. After that, she worked as a professional model but eventually pursued a career in the movie industry. This proved too be a great decision. Besides the film already mentione above, Cates appeared in Private School, Gremlins, and Princess Caraboo. She dated Stavros Merjos for a while but eventually found herself a new boyfriend, a 16 years older actor Kevin Kline. They got married and have two kids together.

“You’d be surprised how inspired you’ll be when you go into a different store than the one you normally go to for gifts.” (Phoebe Cates)

“Practical gifts are another great way to be thoughtful, and they work for anything from birthdays to dinner-party gifts.” (Phoebe Cates)

“A tea set is good for a newborn girl. It is a gift that instantly makes the room a girl’s room.” (Phoebe Cates)

“When you start out, you have to make compromises, which include doing films of lower quality.” (Phoebe Cates)

“Modeling teaches you to be completely conscious of the camera. Acting is being totally unconscious of it.” (Phoebe Cates)