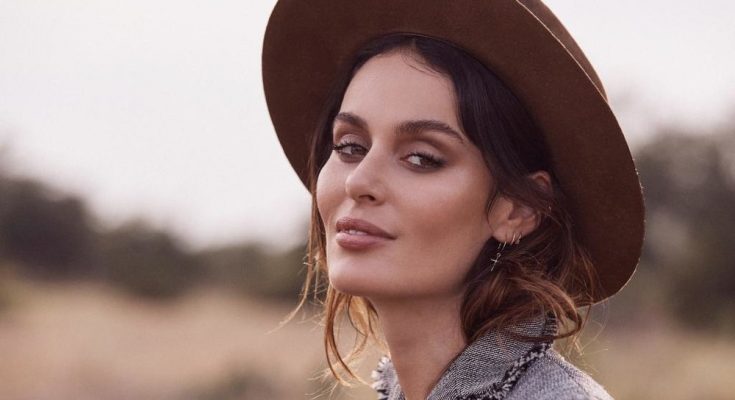 Nicole was born 16 March 1986 in Merredin, Australia. She became famous in 2002, after winning reality TV show Supermodel of Australia. Later, Trunfio ended on a great second place in international version of the same show, Supermodel of the World. Her ancestry is half Italian. In 2014, she become engaged with musician Gary Clark and announced that she’s pregnant with him. She gave birth to her son Sion in January 2015 and later that year posed on the cover of Elle magazine while breastfeeding him. This cover spurred controversy but Trunfio stands her ground, stating that feeding her child is natural and nothing to be ashamed of.

I have such a passion for theatre.

I live in New York. I have an amazing apartment over there; I have this amazing life over there that’s full of glamour. I get treated like a queen over there – and that’s one of the reasons I love coming home. It’s very grounding.

I will pursue my passion of cooking every day until my hands fall off and I lose all sense of smell and taste.

I could definitely see myself living back in Australia again. If I had a family, I could move back.