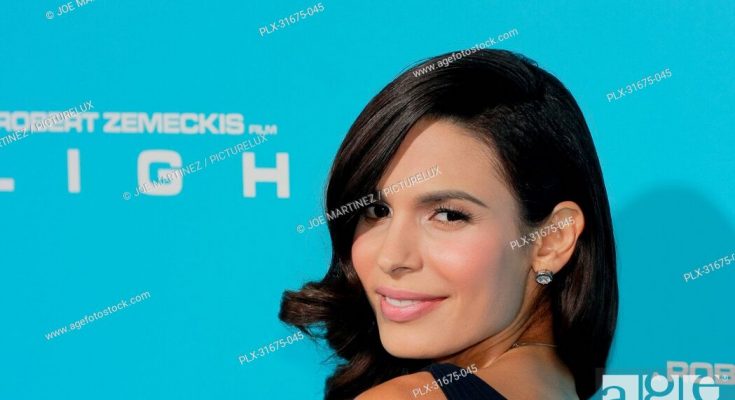 Short Bio
Nadine was born November 20, 1978 in Chicago, Illinois. She is of Puerto Rican descent. Velazquez is mostly know from TV shows. You can see her as Catalina Aruca on My Name is Earl, Sophia Ruxin on The League, and Didi on first season of Hart of Dixie. In 2013, Velazquez is starring also in movies Snitch and Aztec Warrior. Nadine was married to Marc Provissiero, but they divorced in 2011.

I am Puerto Rican. I think Latinas are sexy, and being one, it has influenced a lot of my style, but being an official Los Angelite, this town has influenced most of my daily style, which is relaxed & easy.

I like men in suits. Men in suits I think are so sexy. But I love men in suits who own their own businesses. That’s even sexier… I just love a guy who has his own thing going on and believes in it.

I have started my own foundation. It’s called Follow Your Art. It’s at its infancy but my goal is to mentor teenage girls through one of the most difficult times in their lives.

I am inspired by anything beautiful. Sometime it’s a pair of eyes or flowing gorgeous hair, other times it’s the sky or a sunset. I’ve been inspired by supple skin or the texture of a soft shirt.

I would love to be a guys’ girl, but they always end up falling in love with me, so I’m a girls’ girl instead. I’ve tried having friendly relationships with men, but it ends up being impossible, and I’ve been around the block too many times not to see it coming.