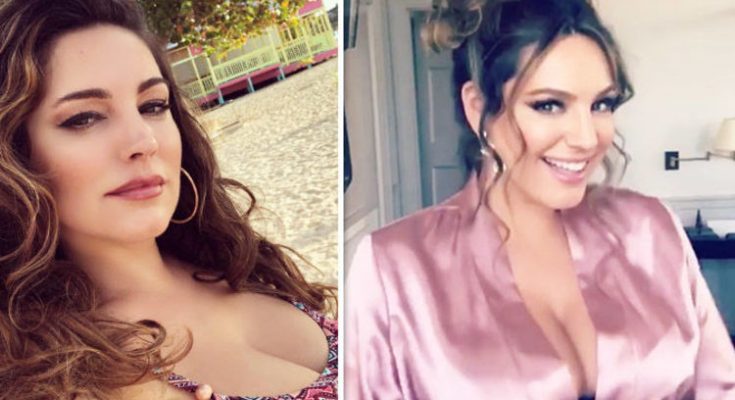 Kelly Brook has a large shoe size. Below is all you want to know about Kelly Brook’s body measurements, and more!

She appeared on the cover of FHM and GQ. In 2005, Kelly won poll named FHM 100 Sexiest Women in the World. In 2010, she was on the cover of Playboy. Most notable movies with this actress include Survival Island and Piranha 3D. She also posed nude for PETA campaign against wearing clothes from fur.

I feel a lot more comfortable on stage in the theatre. It just reminds me of being a kid and doing pantomimes.

In this country we’re just obsessed with making people celebrities before they’ve even done anything, which I think is just shocking.

I’ve always wanted to be independent and answer for myself. That probably is the part of me I would class to be feminist. I’d like to have children; marriage I have a bit of an issue with.

I eat everything. I love it! I couldn’t deny myself food. What a waste of a life.