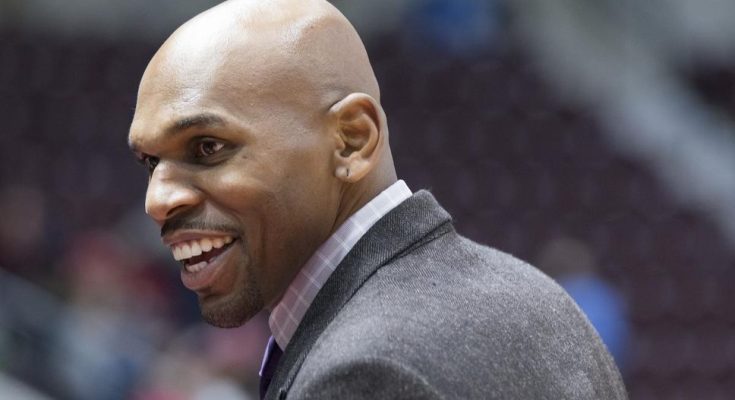 What is Jerry Stackhouse’s shoe size? Check out all measurements below!

Two-time NBA All-Star shooting guard who played for eight NBA teams and was drafted third overall by the Philadelphia 76ers in 1995.

He led the University of North Carolina to the final four in his sophmore season, but he left the school before his junior season began.

While at UNC, many believed he would become the next Michael Jordan.

He had three children with his wife Ramirra Marks.

He and Allen Iverson made up a fierce scoring duo in Philly at the start of Stackhouse’s career.