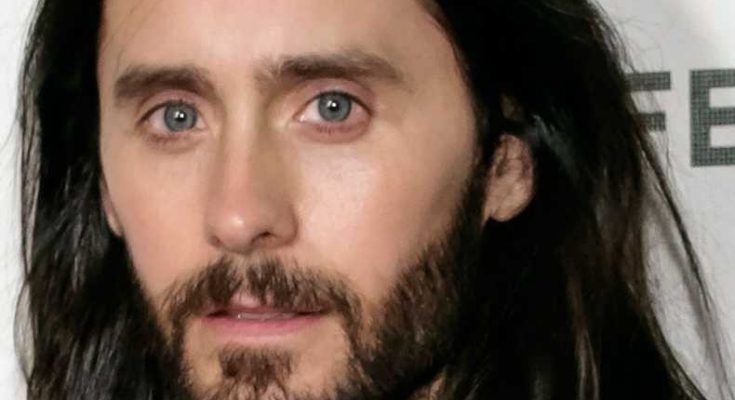 Jared Leto has big feet. Check out his shoe size below!

An inspirational American actor, director, singer and songwriter named Jared Leto born on December 26, 1971. He had an interest in film-making that’s why Leto studied in the School of Visual Arts. Being a student there he wrote and performed in his own short film titled Crying Joy. His acting career began from the early 90s and he received minor role in different television shows. In 1994, Jared rose to prominence by appearing in the ABC teen dram My So-Called Life. In coming years, he worked in different projects which provided him a path to reach at his destination of worldwide success including his debut film How To Make an American Quilt. Jared is known for his devotion and research of his roles that’s why he is regarded to be a method actor. Leto is also considered as very selective about his films roles, his filmography consisted of the films such as Fight Club, Alexander, Lonely Hearts and Mr. Nobody. In addition to that, Jared formed a rock band called Thirty Seconds to Mars in 1998. The debut album of this band was 30 Seconds to Mars which earned positive reviews but their second album A Beautiful Lie received worldwide success and critical acclaim. Later on, the band released hit albums like This is war and Love, Lust, Faith and dreams and earned further success. Moreover, he is also a philanthropist and always supported charity organizations to help the needy people. In his personal life, Jared Leto was in a relationship with several celebrities including Cameron Diaz, Paris Hilton and Katharina Damm.

It’s nice if people ask to use your song. You have to make a decision as an artist how you feel about that.

I understand a lot of the female needs. I’m not saying I know all of them all the time though.

A very common thing these days is people show up and they ask us in the band to sign with a Sharpie right on their skin and they go get it tattooed the next day. Then they’ll show up at another show and they’ll have their tattoo.

I used to like to break into other people’s houses and sit in their rooms. I found it very comforting to be in someone’s empty house.

So I started to learn Russian and I was one of those probably way too eager, annoying young actor kids who was trying to change all my lines to Russian, much to the dismay of the director and Nic Cage.