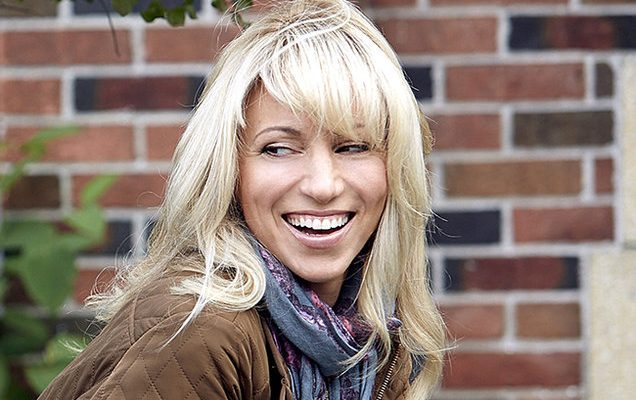 Debbie Gibson has a medium shoe size. Below is all you want to know about Debbie Gibson’s body measurements, and more!

Debbie was born on August 31, 1970 in Brooklyn, New York. Her debut album Out of the Blue was released in 1987 and gained triple Platinum certification for being a best-seller. Her fame slowly declined in 1990’s but she made a comeback with album Ms. Vocalist in 2010.Gibson also played in multiple movies, including My Girlfriend’s Boyfriend and Coffee Date. In 2017, she competed in reality TV series Dancing with the Stars while she was battling muscle and nerve problems caused by Lyme disease. Debbie mentioned during interview that the show healed her more than doctors.

“This is the time it all starts, I’m telling you. Like, 16, I mean, forget it. You could just get beat up, you could go through these grueling schedules.” (Debbie Gibson)

“I think that celebrities should never underestimate their power. I mean just to draw attention, because then people get involved on a personal level.” (Debbie Gibson)

“The ideal situation would be to bypass all of the drama and mayhem and just get the music right to the people. I’m confident that we’ll eventually figure it out.” (Debbie Gibson)

“I did, like, a couple of sexier videos, because all of a sudden I went, ‘Wow, I have a body. I have this side of me that I haven’t shown yet.’ And I started kind of playing around with that side of things.” (Debbie Gibson)

“One of my favorite songs from the album is a song called ‘For Better or Worse,’ and it’s basically about unconditional love, which is, I’d say, an ongoing theme in my personal life.” (Debbie Gibson)