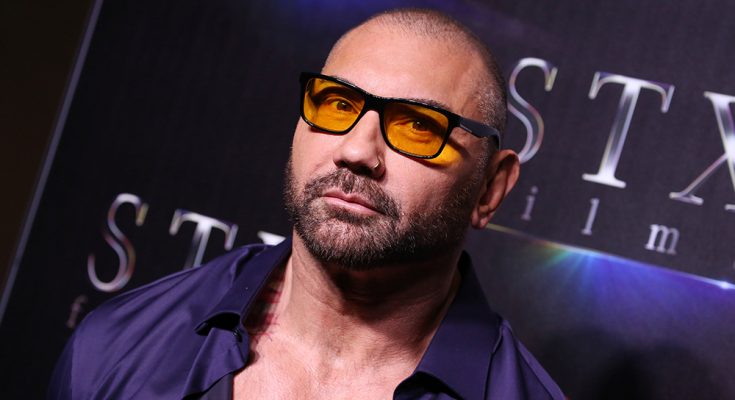 Check out Dave Batista’s shoe size and his other body measurements!

David Michael Bautista Jr. better known by her ring name Batista, is an American actor and former professional wrestler as well as mixed martial artist. He initially worked as a bouncer for clubs and later pursued a career in bodybuilding prior to finally being signed by World Wrestling Federation. After making his debut in 2002, Batista first rose to fame as the member of team Evolution. During his pretty successful career in WWE, he won several championships including World Heavyweight Championship, WWE Championship and World Tag Team Championship along with headlining several main events. Having retired from wrestling, Dave decided to pursue a career in mixed martial arts but decided to quit it too after just one fight. Along with all this, Batista has also successfully ventured into the field of acting having appeared in films like Riddick, Guardians of the Galaxy, Heist and James Bond film Spectre. As far as his personal life is concerned, Dave Bautista has been married three times till now out of which first two ended with a divorce while pole dancer Sarah Jade is his current wife. Along with this, he has also dated a couple of WWE divas including Melina Perez, Kelly Kelly and Rosa Mendes.