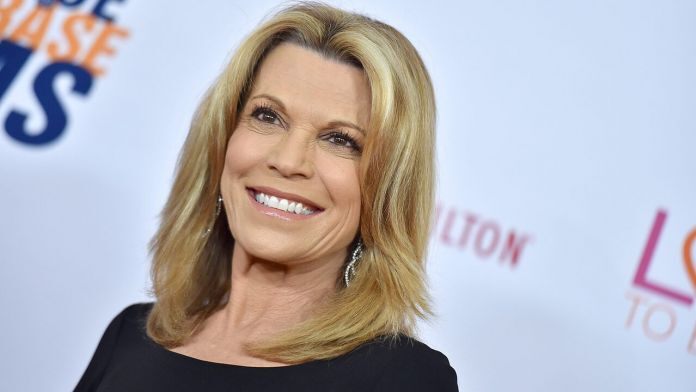 Vanna White has a large shoe size. Below is all you want to know about Vanna White’s body measurements, and more!

Short Bio
Vanna was born February 18, 1957 in Conway, South Carolina. She’s mostly known as the hostess of Wheel of Fortune, where she’s starring since 1982. But she also appeared in various movie roles, such as Venus on Goddess of Love and Doris on Graduation Day. She was married to George Santo Pietro and has two kids.

I think people think of me as this elegant person because they always see me dressed up.

I’m not a huge dresser-upper. Most of my closet is jeans, T-shirts, tennis shoes, and flats. I don’t even know if I have a sequin gown in my closet.

It is what it is, and it’s a crazy job – I literally touch letters and wear pretty clothes, and how do you describe that job? It’s weird, but I’ve been doing it for a long time, and I’ll be first to make fun of it – I really will – but I wouldn’t trade it for anything else in world.

There’s five cameras, I don’t know how many people in the audience… depending on where we’re taping, there can be anywhere from 300 to 5,000 people, so the contestants are nervous.

I will say I remember the best thing in terms of publicity was being on the cover of Newsweek.