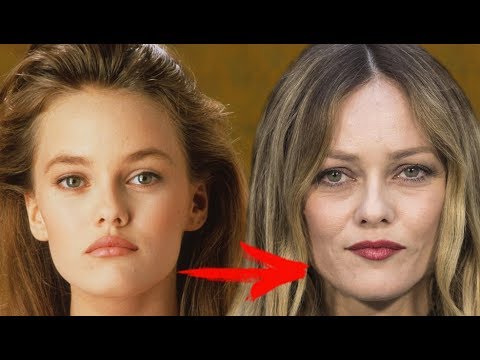 Short Bio
Vanessa was born December 22, 1972 in Saint-Maur-des-Fossés, Val-de-Marne, France. She become famous since recording her single single Joe le taxi in 1992. She also cooperated with Chanel, appearing in their advertisement for fragrance Coco in 1991. After she moved to the United States to work with Lenny Kravitz whom she was also dating. In 2005, Vanessa reappeared in another advertisement for Chanel. In 2008, she was shooting for Miu Miu. Vanessa also appeared in many movies including Heartbreaker, Café de Flore, and Sous les jupes des filles to name just few. Vanessa dated famous actor Johnny Depp for 14 years. They have two kids. A year after their split in 2013, Vanessa started dating French singer Benjamin Biolay, who is still her current boyfriend.

“The only thing I want to say is, I know I’m not Einstein, but I’m not the queen of the imbeciles either.” (Vanessa Paradis)

“I was an only child until I was 11 years old, which is when my sister was born. So for 11 years, it was just me.” (Vanessa Paradis)

“I was born in a suburb of Paris, and I grew up there until I was 16, so there were always a lot of barbecues, a garden, friends.” (Vanessa Paradis)

“‘Singin’ in the Rain’ was the one for me. Yeah. I mean, Gene Kelly could just sway and never fall. He’d just sway and sway as he danced.” (Vanessa Paradis)

“I could sing in English before I could understand it because I phonetically learned it from the musicals.” (Vanessa Paradis)