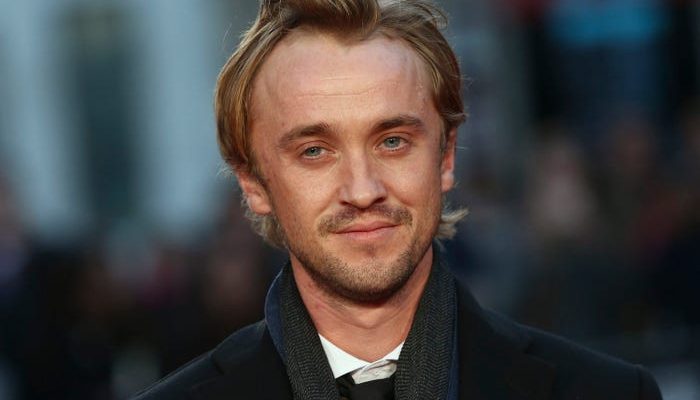 Tom Felton has medium-sized feet. Check out his shoe size below!

Thomas Andrew Felton is an English actor born on September 22, 1987. He began his career at the age of eight by appearing in several commercials. Tom made his acting debut from the 1997 The Borrowers and afterwards he starred as Louis T. Leonowens in Anna and the King. In 2001, Felton earned fame and recognition for his portrayal of Draco Malfoy in the Harry Potter and the Philosopher’s Stone. Later on, he starred in all of the Harry Potter films. His role in the film received critical acclaim and Tom won two consecutive MTV Movie Awards for Best Villain in 2010 and 2011. Apart from Harry Potter, Felton performed variety of roles in numerous other films including Rise of the Planet of the Apes, Belle, against the Sun and Risen. Besides acting, Tom as well interest in singing he released several EPs such as All I Need and Hawaii. As for his personal life, Tom Felton has been in a relationship with Jade Olivia since 2008.

I like my ladies lady-ish, feminine so to speak. I love jeans and hoodies, but the idea of being an ultimate tomboy does slightly confuse me.

I’m a keen musician. Me and my mates have a great times jamming and recording stuff. We have a great band behind us and have turned my nursery-rhyme songs into quite credible pieces of music.

I’d like to own my own garage and my own fishery. I’d also like to be a professional fisherman. But I’ll take whatever happens.

It’s definitely more fun playing a bad guy. It feels a lot better than playing one of the good guys.

No, I don’t suppose I’m so much a collector sort of person.