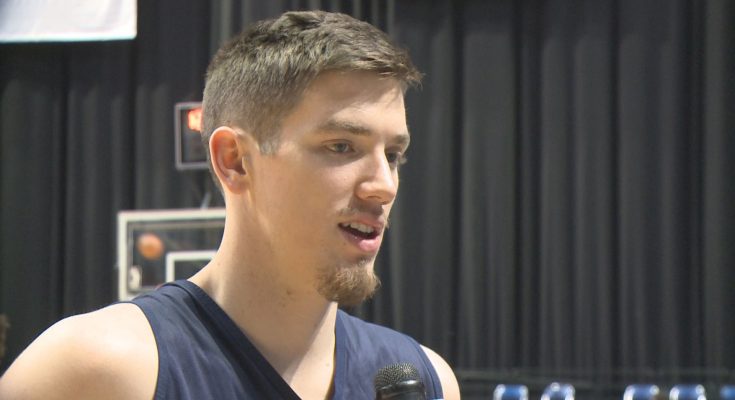 Check out TJ Leaf’s shoe size and other body statistics!

2016 McDonald’s All-American who earned Pac-12 All-Freshman Team and First-team All-Pac-12 honors while playing for the UCLA Bruins. He was selected 18th overall in the 2017 NBA Draft by the Indiana Pacers.

He originally committed to playing for Arizona in 2014, but months after Arizona head coach Sean Miller cut him from the United States Under-19 national team, he decommitted from Arizona and eventually landed at UCLA.

In 2015, he played for Israel at the FIBA Europe Under-18 Championship.

He was raised primarily in Lakeside, California by parents Karen and Brad Leaf. His father played professional basketball in Israel.

He and Lonzo Ball were part of the same recruiting class for UCLA.