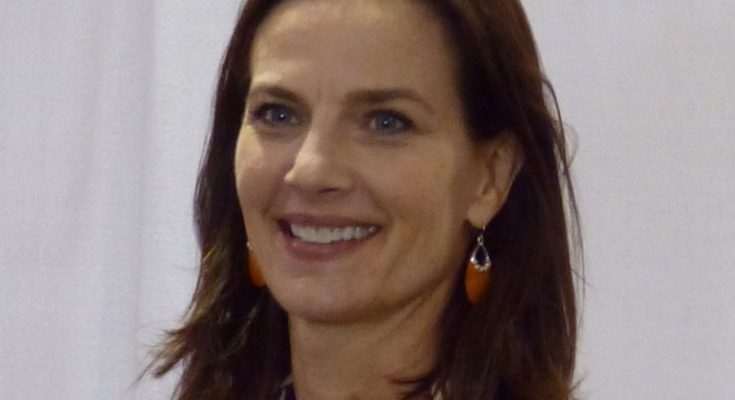 Terry Farrell has a large shoe size. Below is all you want to know about Terry Farrell’s body measurements, and more!

Terry was born November 19, 1963 in Cedar Rapids, Iowa. At the age of 16, Farrell was already signed by Elite modeling agency in New York City and secured a contract with Mademoiselle. While still modeling for side income, Terry started pursuing acting career. She appeared on Paper Dolls and Back to School. In 1993, she accepted the role of Jadzia Dax on new Star Trek spin-off. This made her famous among geeks. In 2002, she married Sprint Corporation spokesman Brian Baker and gave birth to their son Max. However, the couple got divorce in 2015.

“I wouldn’t say the nightlife for anybody in New York is all that wholesome.” (Terry Farrell)

“I grew up on red meat and corn. But I don’t eat like that anymore.” (Terry Farrell)

“I like athletic men, but not like Arnold Schwarzenegger, though he’s gorgeous. A guy’s got to be sexy, optimistic, like to have a good time.” (Terry Farrell)

“My eyes are different sizes, my nose is too broad at the bridge and squishes up when I laugh, and my lips are sorta funny when I smile.” (Terry Farrell)

“Photographers and people do try to take advantage of you. You just have to stand your ground and prove you’re not an easy target.” (Terry Farrell)