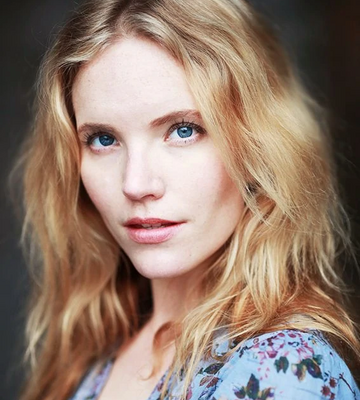 Tamzin Merchant made her debut in the on-screen acting field during 2004 and managed to gain early recognition through minor work in various films and television series. Despite being active in the entertainment industry for so long now, she has done very selective work and holds only a few major gigs to her credits. As of now, some of her most well-known work includes the television series like The Tudors, Salem, and Carnival Row. Aside from her professional achievements, Tamzin is also known for giving up the iconic role of Daenerys Targaryen in the globally successful TV series Game of Thrones. While filming the pilot episode of the series, she was cast for the role of Daenerys Targaryen but when the original pilot episode received a poor review, she decided to quit the series immediately. The role later went to Emilia Clarke and Game of Thrones turned out to be one of the most successful TV series of all-time. Outside acting, Merchant holds a keen interest in poetry as well and has published several of her poems on various platforms.

People say never work with children and animals. I actually like working with Oliver Bell, and working with a rat really opens possibilities to you because you don’t know how it’s going to be. It’s just a rat, so you can just react to this rat being a rat, if that makes sense.

I’ve always been drawn to storytelling, and acting is the most immersive form of storytelling you can get involved with! You’re actually in the story when you’re acting.

Writing and directing, to me, was the logical evolution from my life as an actor: going from telling someone else’s story to actually creating my own. Perhaps one day I will do all three: write, direct, and act in the same production. That might get a little hectic, though.

My favourite colour is red, but I also like jewel tones and monochrome, while my preferred shapes include A-line skirts and skinny trousers.

I think the most rewarding part for me is kind of not knowing where the story’s going next, and then finding out and being blown away by it.