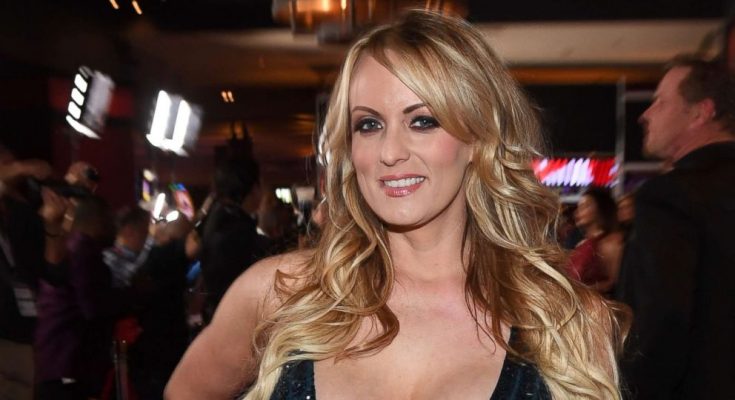 Stormy Daniels has a gorgeous body and a medium shoe size. All Stormy Daniels’ body measurements are covered in this article.

Stormy Daniels  was born and raised in  Baton Rouge, Louisiana in March 17, 1979. Her original name was Stephanie Gregory Clifford.

Her family was poor, and she was raised by a single mother. According to Daniels herself, her family were often without electricity when she grew up.

Daniels was married and divorced twice. Later, she gave birth to a daughter. The father is her ex boyfriend Glendon Crain.

You might know Stormy Daniels from her association with the american president Donald Trump. In 2018, Stormy played a main role in a scandal surrounding Donald Trump. She was allegedly paid $130,000 in hush money to deny she had an extramarital affair with him back in 2006.

Did you know that Stormy Daniels worked as a stripper already when she was seventeen? It all started when she payed a visit to a friend at a strip club. After that she began to work att the Gold Club in Baton Rouge.

Did you know that her stage name “Stormy Daniels” because of her passion for the American rockband Mötley Crüe. The name of the bassist’s daughter is Storm. Hence “Stormy” in her artist name.

Stormy’s has achieved quite a lot.  As a director she was awarded in 2016 when she received the award “Director of the Year – Feature Release”. Furthermore she has three Hall of Fame awards, which is quite impressive!

Did you know that Daniels’ was arrested on July, 2018? The reason for the arrest was that she had been “fondling patrons and police officers in violation of Ohio strip club law”.  Luckily she was a free woman again after just 12 hours. Some people think it was politically motivated.

Stormy is a positive person, she was quoted as saying:

1). “I have two choices: Sit at home and feel sorry for myself, or make lemonade out of lemons.”

Daniels is a powerful woman and will not let other people step on her toes:

2) “I might be living in a cardboard box under a freeway overpass, homeless, but I won’t be silenced.”

Never try to insult Stormy Daniels, it will only backfire. You have been warned!

3). “I guess I feel the most powerful when someone tries to take my power or belittle me or insult me, and it doesn’t work.”

Daniels has a quite good relationship to truth:

4). “The truth has always been my greatest ally.”

Stormy had a quite shaky childhood. Her family was poor and she experienced hardships. Therefore she wonders:

5). “I always wonder what my life would be like if I had parents like the other kids who went to my high school.” (Stormy Daniels)