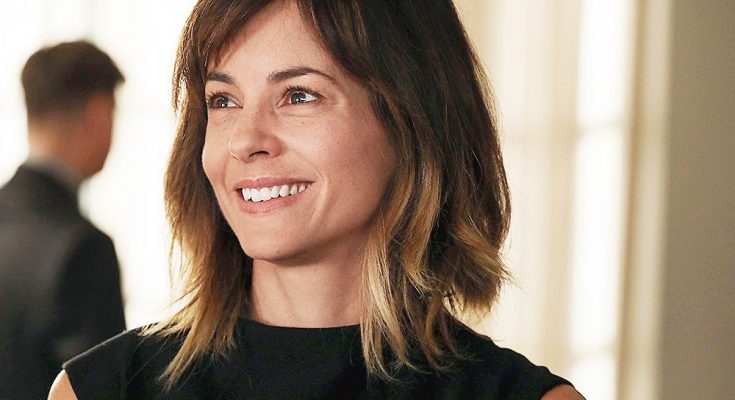 Stephanie was born June 12, 1975 in Paris, France. Although she originally relocated to US in order to study business, her beauty and talent got her a spot in show business. She played for example in The Rebound, We Bought a Zoo, and Iron Man 3. Since 2018, Szostak is playing Delilah Dixon in a television show A Million Little Things. She married her long-term boyfriend ‎Britt Szostak and together they have two children.

My dad’s American, and my mom’s French. I lived in France for the first 18 years of my life, then came here to go to school at the College of William and Mary. I studied marketing. I really didn’t know what I wanted to do, so I thought that’s what I should do – study business – because it would give me the best chance to find work.

I love that New York City is a true melting pot.

We should all try to embrace our own quirkiness.

We don’t have drama in public schools in France. I had never taking an acting class.

I started with commercials – for shampoo, pancakes, insurance, Volvo. I did a Lux soap commercial with Sarah Jessica Parker. And I got a role in an indie film called ‘Satellite’ that did well in festivals.