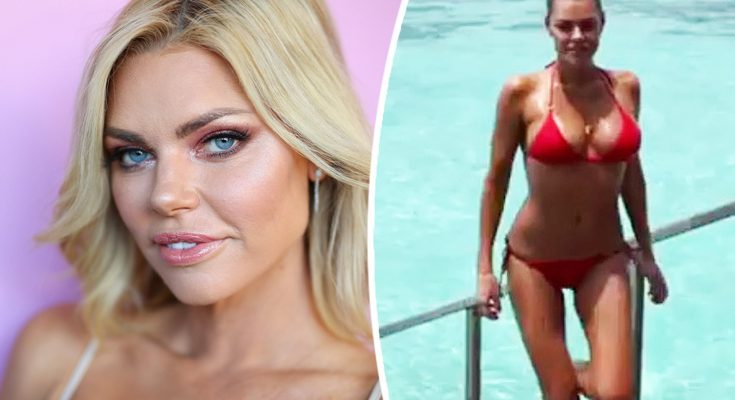 Sophie Monk has a medium shoe size. Below is all you want to know about Sophie Monk’s body measurements, and more!

Sophie Monk is an Australian singer, actress and model. She was one of the members of the music group, Bardot and released a solo album called Calendar Girl. She’s played memorable roles in such films as Click, Date Movie and Spring Breakdown. She has been named several times in the list of FHM’s 100 Sexiest Women in the World editions. Born Sophie Charlene Akland Monk on December 14, 1979 in London, England, to Sandi and Andrew Monk, she belongs to English and Irish descent. She moved to Queensland, Australia at an early age. She was in a relationship with Good Charlotte guitarist Benji Madden from 2006 to 2008.

I realise having work done makes you look older – and everyone’s starting to look the same, which is a problem. I’ve admitted that I had a cyst removed from my lip and had it filled – I had to; the lip was half gone. And I’ve tried Botox, but I don’t do it any more. I’d tell anyone who’s going to have it done not to do it.

People see me as a person who can make them some money, which makes it hard to make real friends. I’m asked to do a lot of stuff for free – to wear certain clothes, turn up to events – people use you to make money. I think that’s why I tend to jump into relationships.

I’d actually rather have a talk show in Australia than even America; I hope I do end up with a talk show.

My family do not think I’m special – not one, one bit.

After two and a half engagements, of course I want to get married and have babies, so I am going to freeze my eggs.