Sally Hawkins has beautiful feet! Below is all you want to know about Sally Hawkins’ body measurements, and more!

Sally was born 27 April 1976 in London, United Kingdom and wanted to be an actress since early age. She earned her college degree at the Royal Academy of Dramatic Art. Hawkins appeared in numerous movies and television shows, including Blue Jasmine, Paddington 2, and Persuasion. In 2019, Sally will be playing Dr. Vivienne Graham in Godzilla: King of the Monsters. There is no information available regarding her private love life.

“When an audience is affected in a way that I’ve seen with some people, it’s so inspiring to me an actor. You know that you’re on the right track and you’re doing work that can affect people. When that goes hand-in-hand with important issues that we’re still living with, and we will be for a long time, sadly, it’s so confirming of everything.” (Sally Hawkins)

“I love disappearing. That’s what acting is. For me it’s about putting on a persona, stepping into a pair of shoes. It’s my face, but I’m using it as a tool for that spirit, that character.” (Sally Hawkins)

“What works for me is knowing the character in an emotional sense. I wish I was more logical but it doesn’t work for me like that. I need quite a lot of time; it’s why I always worry when I’m doing more than one thing at a time. I hope that some sort of magic will kick in.” (Sally Hawkins)

“It’s different for every project. Some parts are quicker than others to get and know; sometimes right up until the last moment you’re just praying that something will click. But you can only do a certain amount of work and then at some point you’ve got to think: ‘OK, I’m just going to have to leap now.'” (Sally Hawkins)

“One of the things I love about acting is that I can enter into these other people’s lives. But going back to being me at the end of the day is very important, too. That process of remembering who I am.” (Sally Hawkins) 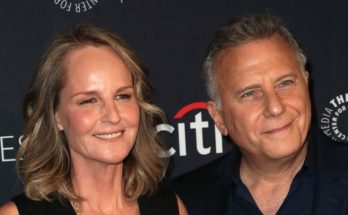