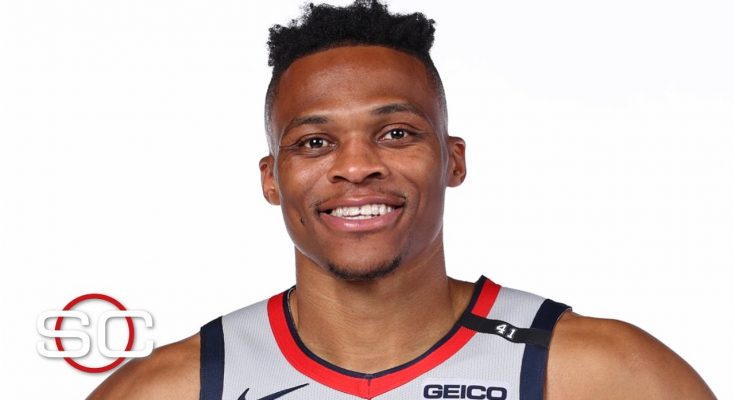 Russell Westbrook was born Russell Westbrook Jr. on November 12, 1988 in Long Beach, California, the son of Shannon Horton and Russell Westbrook. He is a professional basketball player who was the fourth overall pick in the 2008 NBA draft by the Seattle SuperSonics. He is one of only five players in NBA history to record 4,000 points, 1,500 assists and 1,000 rebounds in his first three seasons. He was named Most Valuable Player of the 2015 NBA All-Star game after scoring a game-high 41 points. He has a younger brother named Raynard. Russell has been married to Nina Earl since August 29, 2015.

In college I didn’t dress up every day, for class or stuff like that, but when it came time to do certain things I’d dress up for sure.

Basketball is the axis that allows me to do the things that I do. I have so much love for the game, and it gives me to the option to be able to jump into fashion.

There’s no reason to hold yourself back and say you can’t do something in life unless you go for it and try to do it.

I say, ‘Why not’ to everything.