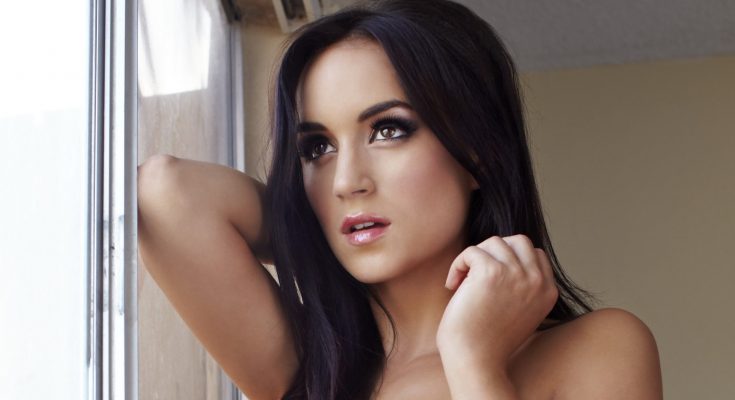 English glamour model Rosie Jones is best known for her appearance in the tabloid Page 3. She has also appeared in such publications as Nuts, Loaded, FHM and Front. She ranked #4 in 2012 and #14 in 2013 in FHM’s Hot 100 Sexiest Females list. Born on July 19, 1990 in Middlesex, England, United Kingdom, she was educated at St. Ignatius Catholic Primary School and St. Paul’s Catholic College in Sunbury-on-Thames. She began her modeling career at age 17, joining Samantha Bond Management in 2008. In 2016, she began dating The Body Coach and Millionaire fitness sensation Joe Wicks, with whom she has a daughter.