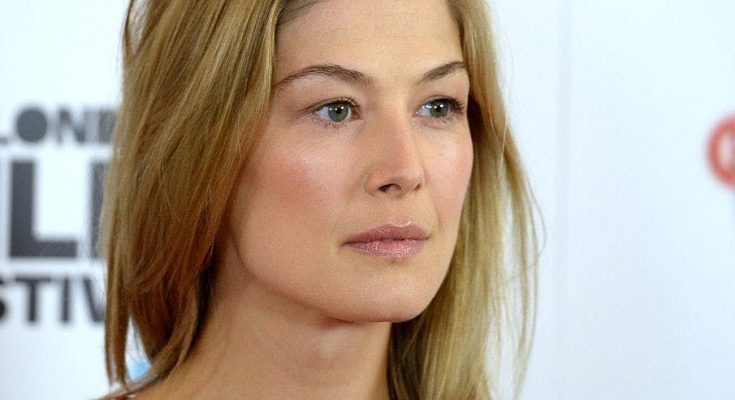 Rosamund Pike has a medium shoe size. Below is all you want to know about Rosamund Pike’s body measurements, and more!

Short Bio
Rosamund was born 27 January 1979 in London, Great Britain. First, she was turned down by every stage school she applied to. But she didn’t give up on her dream becoming an actress. Her current boyfriend is Robie Uniacke. They have one child. In 2002, break-through opportunity came to her. A role in Bond-movie Die Another Day. Since than, she appeared in many films, including Pride & Prejudice, Surrogates, Wrath of the Titans and most recently in 2013 movie Jack Reacher.

It’s something that I am going over in my head about the whole video game thing, and whether you support violence by being in a film like this. I mean, to me, it’s incredibly unreal and it’s all about the action, and just explosions.

I think I was lucky in that I wasn’t one of those girls who are told they are pretty the whole time. I never got that. Nor did I ever obsess about my looks as a teenager.

You can certainly keep a low public profile if you want to.

Nothing can teach you what it’s like to work on a film set, and the best education there can be for an actor is to walk up the street and observe human nature.

It is interesting to break all the rules. I’m not married, I have a baby, and it feels infinitely more right.