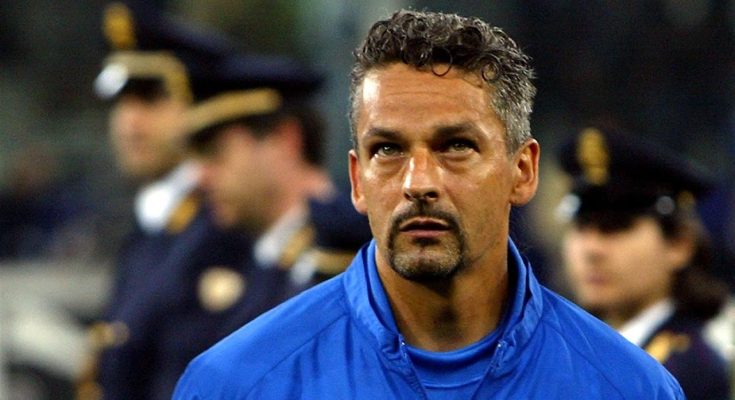 Roberto Baggio’s measurements are seen below, including shoe size, height and weight!

One of the best Italian soccer players of all-time, scored 27 goals in 56 appearances for Team Italy from 1988 to 2004; spent his club career with seven different teams, most notably Fiorentina, Juventus, Milan and Internazionale.

During his youth career, he scored 6 goals in a game to earn the attention of Vicenza scouts; he made his professional debut for Vicenza in 1982.

He married Andreina Fabbri in 1993.

He played alongside Paolo Maldini on the Italian national team from 1988 to 2002.

To be with my daughter and play with her is so important to me.

I liked to score, but I also liked to make somebody else score. It was something that was very satisfying, to take someone there.

Every day growing up, I had this dream about the World Cup: I score the winning goal. In the final minute. With my butt!

Don’t ask me to cut my ponytail.

I have a very strong connection with my master, Daisaku Ikeda. I know his principles, I know his values, and I stick to them – that is the most important thing to me.