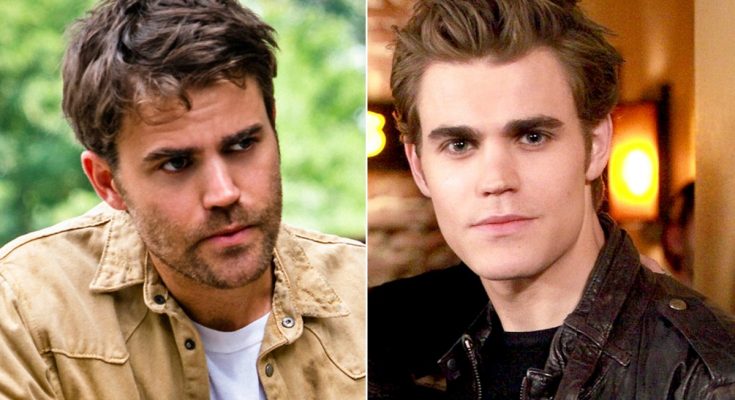 Paul Wesley has good looking feet. Check out his shoe size below!

Pawel Tomasz Wasilewski, professionally known as Paul Wesley is an American actor and director born on July 23, 1982. He is born in New Brunswick, New Jersey to Tomasz and Agnieszka Wasilewski. He received his theatre studies in New York City and during his junior year in high school was casted in the soap opera Guiding Light as Max Nickerson. In 2001, Paul starred in the CBS television series Wolf Lake as Lucas “Luke” Cates. Later on, he earned the lead role in the 2007 miniseries Fallen and since then appeared in number of television shows such as 24, Smallville, Army Wives and Cane. He received his major breakthrough from the television series The Vampire Diaries as Stefan Salvatore in 2009. Along with television, Wesley as well performed variety of roles in several successful films such as Before I Disappear, Cloud 9 and The Late Bloomer. Being a philanthropist, Paul has hosted two fundraising campaigns to raise fund for charity. As for his personal life, Paul Wesley became married with actress Torrey DeVitto in 2011 but the couple ended up their relationship in 2013. Since then, he has been dating actress Phoebe Tonkin.

‘Catcher in the Rye’ changed my life when I was a kid. I read it as I was a boy turning into a man, and I was so fascinated by the values. I believe in it.

I think any girl would throw me under a bus to be within five feet of Robert Pattinson. I actually think he’s an attractive guy. And I watched most of ‘Twilight,’ and I think he was really intriguing.

With all due respect to ‘The Vampire Diaries,’ doing the same thing, over and over again, for essentially five years straight, it really becomes laborious and tedious, and it becomes a job. You obviously find gratification in acting, but you’re playing the same character. No matter how compelling it is, it starts feeling pretty monotonous.

I look for characters that are extremely flawed and the anti-hero.

I don’t have television so I don’t watch TV.