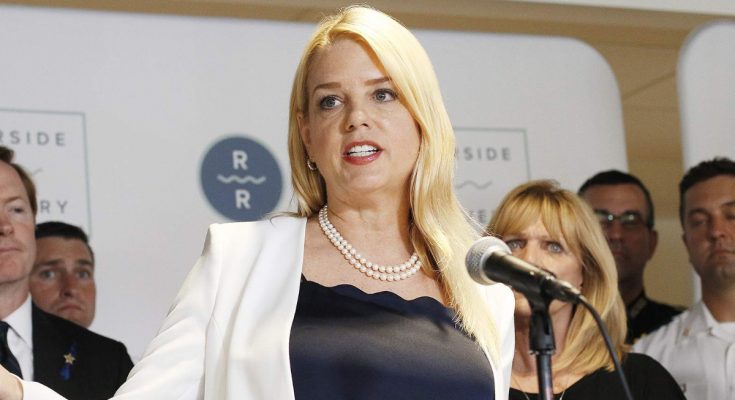 Say what you want about Pam Bondi, but one thing is for sure; she is one attractive woman.

With a shoe size of 10, Pam Bondi has a relatively large shoe size. Below is more information about Pam Bondi’s body measurements, and more!

Pam was born November 17, 1965, in Tampa, Florida, into the family of a council member.

She is well educated and holds a college degree in Criminal Justice from the University of Florida and a JD degree from Stetson Law School.

Before becoming attorney general, she worked as a prosecutor. Despite some fundraising controversies, Bondi got re-elected as attorney general in 2014, with 55% of the votes.

Pam Bondi was married twice. Her first marriage was with her first husband, Garret Barnes, but it lasted only a meager twenty-two months. Her second marriage, with Scott Fitzgerald, lasted somewhat longer but came to an end after six years when Bondi divorced him. Her current relationship status is unknown.

“The only people that should vote should be legal.” (Pam Bondi)

“Running for attorney general troubled me. Because I was worried I would simply become just a figurehead and that’s not me.” (Pam Bondi)

“All I want to do is be the best attorney general that I can be.” (Pam Bondi)