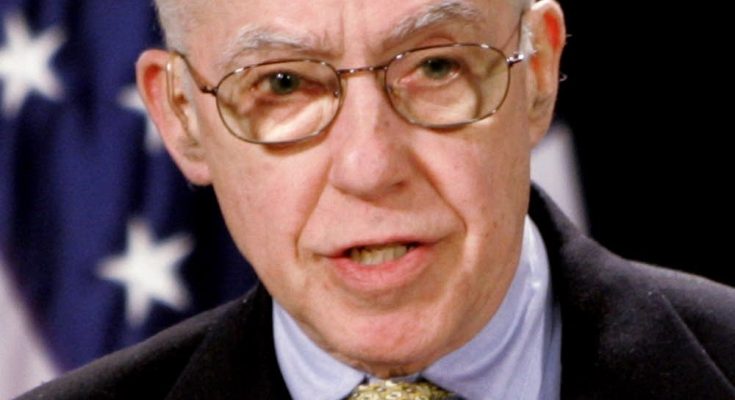 Michael Mukasey’s measurements are seen below, including shoe size, height and weight!

Former Attorney General of the United States from who served from 2007 to 2009 under President George W. Bush.

He pursued his undergraduate studied at Columbia and then obtained his law degree from Yale’s prestigious law school.

His confirmation as Attorney General was opposed by several Democrats because of his his stance on torture, and his unwillingness to say that waterboarding should be illegal.

He had two children, Marc and Jessica, with his wife Susan.

He has been friends with Rudolph Giuliani since they worked at the same New York law firm in the ’70s.