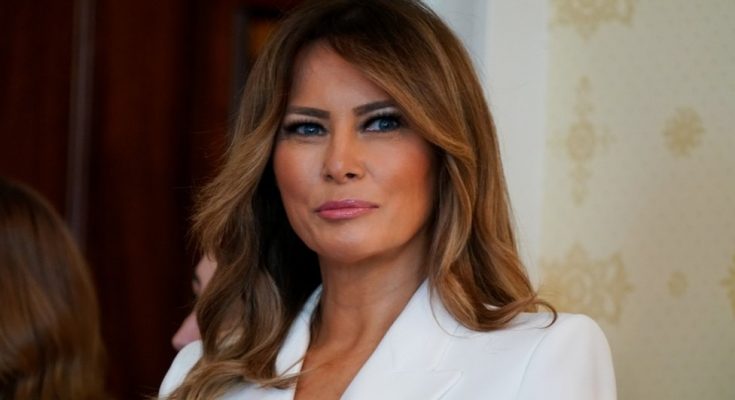 Melania Trump has a large shoe size. Below is all you want to know about Melania Trump’s body measurements, and more!

Melania was born on April 26, 1970, in Sevnica, Yugoslavia, as Melania Knavs. She later Germanized her name in the USA to Knauss. She modeled since she was sixteen years old. At the age of 18, Melani moved to Milan, Italy, and, at the age of 26, moved again to New York City. Two years later, she met a real estate developer and billionaire Donald Trump for the first time.

The couple got married in 2005, Knauss became his third wife. One year later, Melania gave birth to their son named Barron Trump. Melania maintains a superb shape and measurements, and you certainly wouldn’t guess she’s 45 years old now. But according to many rumors, Melania relies heavily also on plastic surgery. She has breast implants and, most likely, even some facelift surgery.

“My opinion is that more languages you speak, better it is, but when you come to America, you speak English.” (Melania Trump)

“I don’t have a nanny. I have a chef, and I have my assistant, and that’s it. I do it myself. You know, those hours with your child are really important ones, even if it’s just the two of you, being quiet in the car together.” (Melania Trump)

“I’m not that kind of wife who would say, ‘Learn this’ or ‘Learn that.’ I’m not a nagging wife.” (Melania Trump)

“I am not a ‘yes’ person. No matter who you are married to, you still need to lead your life.” (Melania Trump)