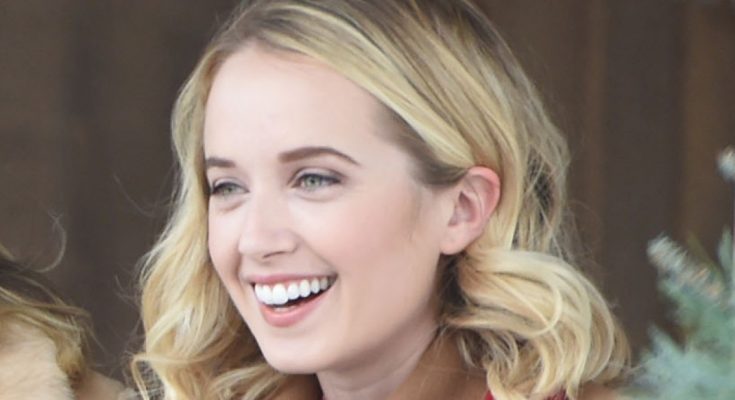 Megan Park has medium-sized feet. Below is all you want to know about Megan Park’s body measurements and more!

The Canadian singer and actress, Megan Park is best known for her performances in TV series The Secret Life of the American Teenager and film Charlie Bartlett. Born on July 24, 1986, she started her acting career at the age of just six and after participating in several theater productions, Megan entered into the both film and television industries during early 2000. After making several guest appearances in different TV shows, she gained initial international recognition during 2007 with her minor role in film Charlie Bartlett. The big break of Park’s career came during 2008 during which she landed the role in television series The Secret Life of the American Teenager as Grace Bowman. The show ran from 2008 to 2013 and the actress received a lot of praise for her work in it. This has also helped her earn several more major TV and film projects such as roles in The Neighbors, The Lottery and The F Word. In addition to acting, Megan also has keen interest in music and used to be part of band Frank and Derol which she left in 2010 in order to focus completely on acting career. As for her personal life, Megan Park began dating singer and actor Tyler Hilton during 2006 and after dating for almost 9 years, the couple finally married during October, 2015.

My first break wasn’t professional – I was in ‘The Sound of Music’ when I was five. I played Gretel, the youngest one, because that was what kind of took off for me in terms of loving acting.

I’m such a believer in ‘if you’re beautiful on the inside it really shows on the outside.’ I know a lot of people who are physically very beautiful, but their inside doesn’t represent that. So to me, it just doesn’t come across as having a sparkle to them or an energy that just radiates.

I never really wore makeup in high school; I wasn’t really into it yet, which is probably good.

I trained in Toronto with a private acting teacher, who was wonderful, for years growing up.