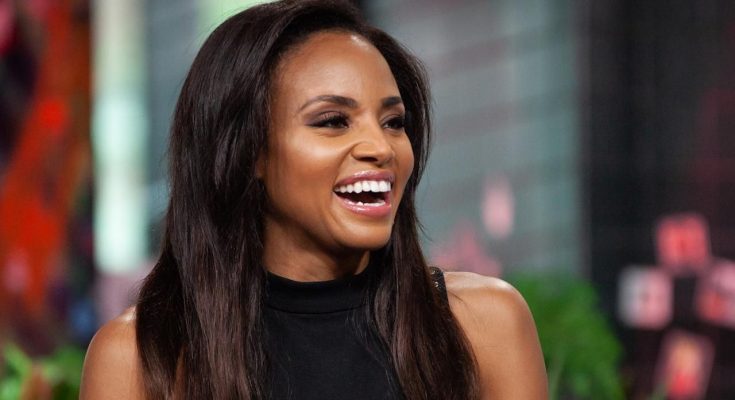 Meagan Tandy has a large shoe size. Below is all you want to know about Meagan Tandy’s body measurements, and more!

Meagan Tandy is an American actress, model and former Miss California USA 2007, and Miss USA 2007 third runner-up. As an actress, she played Maya in the Tony Scott directed 2010 film Unstoppable. She also portrayed Lulu Pope on the ABC Family series Jane By Design and played the role of Braeden on MTV’s Teen Wolf. Born Meagan Yvonne Tandy on May 3, 1985 in Fremont, California, to parents Shelia and Fred Tandy, she was raised in Fontana, California. She has a sister named Kylee Lin. After graduating from Etiwanda High School, she studied Business and Film Production at Chaffey College for two years.

When I was a kid, I’d create my own movies at home. I’d record myself doing a scene, then stop the camera, change my clothes, and do a scene as another character. It sounds silly, but I just loved to tell stories.

Yes, my pageant career was incredibly short. I started at 19 and was done at 21. I started by competing for Miss California Teen, which I wound up winning, and I literally just entered the contest on a whim!

If a guy is tall, that’s a plus, and he has to have a great personality. He needs to keep up with me because I can be an off-the-wall, aloof chatterbox sometimes! But if he’s got some height on him… God bless.

I can watch ‘Mission: Impossible’ all day every day. Tom Cruise as Ethan Hunt is so hot.