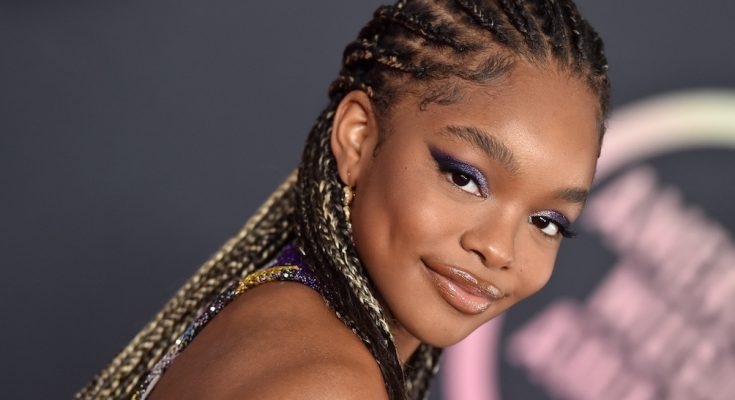 Marsai Martin’s measurements are seen below, including shoe size, height and weight!

Best known for her breakthrough and television debut as Diane Johnson on the ABC sitcom Black-ish. She starred in the 2019 black comedy Little.

Upon moving to Los Angeles in 2013, she landed a major national commercials with Meineke.

Her parents took her to an agency in Dallas who signed her at the age of five. She earned a producing credit on the film Little, which earned her a Guinness World Records title for the youngest Hollywood executive producer ever. She was 14 years and 241 days old when Little was released.

She was born in Plano, Texas, to Joshua and Carol Martin.

She is the on-screen little sister of Marcus Scribner on Black-ish.

The majority of my time working is with adults, so I have ‘experience’ without experiencing it.

The audience will understand something that’s very authentic, and that’s all that I want to create.

I used to be the shy kid who would barely raise her hand or speak her mind.

I just want to keep on creating stuff that people can relate to and inspire anyone who feels like their voice isn’t heard; being relatable and being as authentic as possible is the whole goal of my production company.