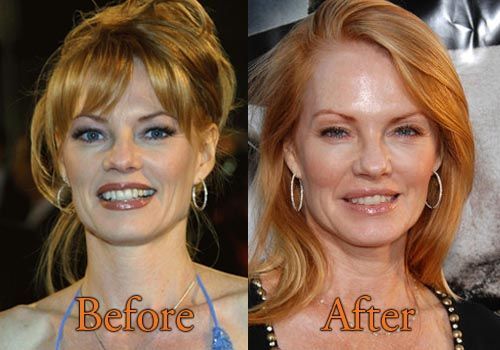 Short Bio
Marg was born November 16, 1958 in Fremont, Nebraska. She has German and Irish ancestry. Her acting career started in early 1980’s. Her notable movies include Bad Boys, Species, Erin Brockovich, and Columbus Day. But she’s most famous as Catherine Willows from TV show CSI: Crime Scene Investigation. Helgenberger married actor Alan Rosenberg in 1989. However, the couple got separated in 2009 and divorced a year later.

I just cleared the slate and thought of her as a mother and went from there.

If I was working hard, she bled into my personality. I became more cynical.

One of the jobs I had was cutting out the blood clots on a side of beef.

Before Huey was 5, I could take him to work with me. Now, though, he has sports and lessons and friends, and it’s not fair to remove him from his whole life.

We would love to have other children. It hasn’t happened. We haven’t been lucky enough.