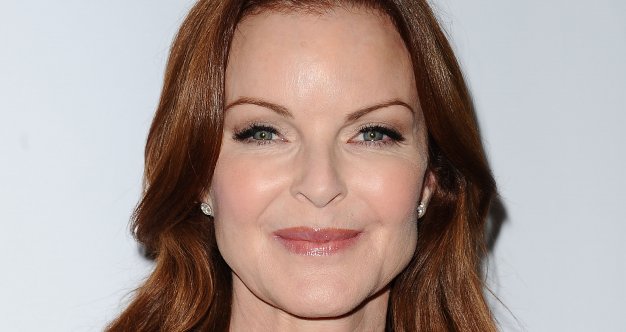 Marcia Cross has a small shoe size. Below is all you want to know about Marcia Cross’ body measurements, and more!

Short Bio
Marcia was born March 25, 1962 in Marlborough, Massachusetts. She’s married to a stockbroker Tom Mahoney since 2006. They have two kids, twin daughters Savannah and Eden. Cross’ most famous roles are Bree Van de Kamp on Desperate Housewives and Dr. Kimberly Shaw on Merlose Place. In one of her first roles, young Marcia played vampire on Tales from the Darkside.

“I couldn’t do an acting job just to be working. It really had to have some soul to it.” (Marcia Cross)

“I would ask my dad what he did, and he’d say, ‘I listen to people’s problems.’ In some way what he did for a living is in my genes.” (Marcia Cross)

“I’d like to be a wife and mother. I guess I’ll know Mr. Right when I meet him.” (Marcia Cross)

“I’ll tell you my routine – it’s really exciting. I feed, I burp, I change diapers, I pump. And then I have a tiny window of time to myself.” (Marcia Cross)