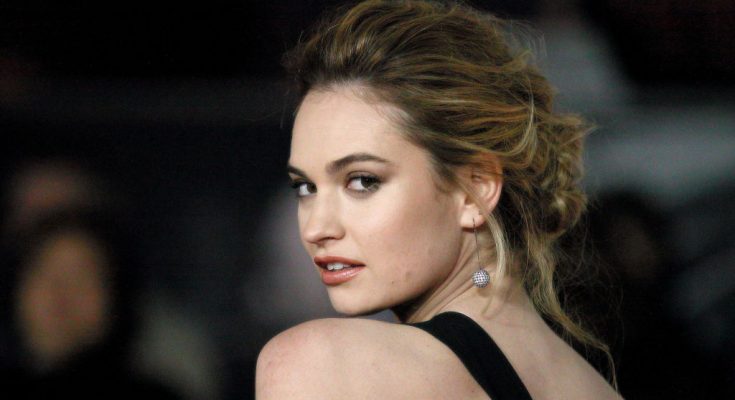 Lily James has a large shoe size. Below is all you want to know about Lily James’ body measurements, and more!

Short BioLily was born 5 April 1989 in Esher, UK. She’s a successful actress and often gets roles that require attractive well maintained body measurements. Her roles on Fast Girls and TV show Secret Diary of a Call Girl were of this sort. James is also famous as Lady Rose McClare on Downtown Abbey. In 2015, she appeared on new film Cinderella, where she wore nice dresses with push up corset that made her bust look much bigger.

“I don’t like seeing celebs looking too skinny, I love it when they look healthy and comfortable in their bodies and embrace their curves.” (Lily James)

“I love clothes but it’s a struggle for me to get out of jeans and a baggy jumper.” (Lily James)

“Mum would have a panic attack if she had to stand up and give a speech around a table.” (Lily James)

“Boarding school in Tring was a bit of a bubble that burst when I went to Hackney to go to drama school.” (Lily James)