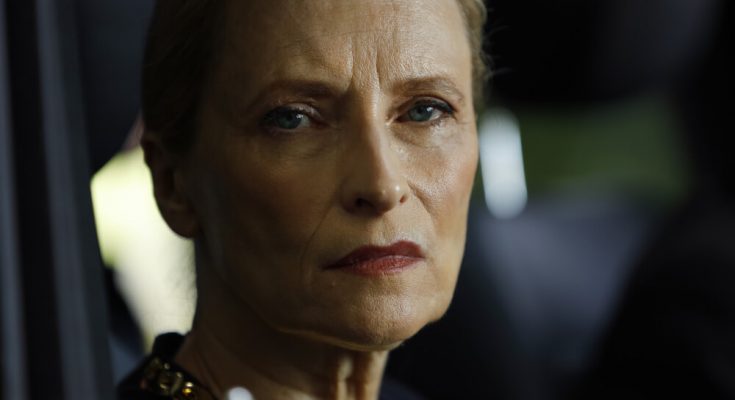 Below is Laila Robins’ height, shoe size, body measurements, weight, and other statistics!

Laila was born March 14, 1959 in St. Paul, Minnesota. She studied at the University of Wisconsin-Eau Claire and even at the prestigious Yale School of Drama.  Robins has been starring in numerous movies but our favorite is probably The Blood Oranges from 1997 where 38 years old Laila appeared in a daring beach scene. In 2019, Robins played for example in The Blacklist and The Handmaid’s Tale.Robins is currently in a long-term relationship with Robert Cuccioli since 2000. Her boyfriend is a fellow actor.

One day, when I was 33, I shifted. I suddenly saw acting as a higher calling. I understood that my goal was to serve the play. And I realized if an actor can make audiences’ hearts resonate or make them question their values – that’s an important thing to do!

A lot of times you come against actors who come from a different direction, and you tend to meet in the middle.

‘Heartbreak House’ was a lot of fun for me. I must have missed that day at school. I’d never read it or seen it. It’s one of those things that a lot of people are familiar with.

It has always been a dream of mine to put a play on film.

Often I play, especially on television, a lot of smart lawyer people and cerebral types.