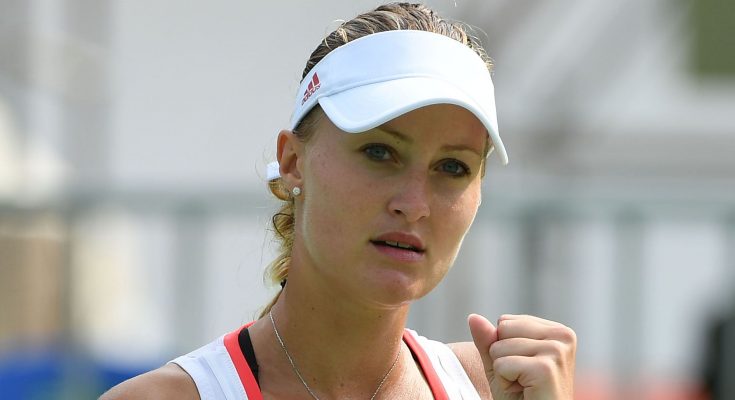 Kristina Mladenovic is a French professional tennis player. Turning professional in 2009, she has won one singles and 17 doubles titles on the WTA Tour, as well as four singles and seven doubles titles on the ITF Women’s Circuit. Mladenovic achieved a career-high singles ranking of World No. 10 on October 23, 2017. She won the 2013 Wimbledon and 2014 Australian Open mixed doubles titles alongside Canadian Daniel Nestor, the 2016 French Open women’s doubles with Caroline Garcia, and the 2018 Australian Open with Timea Babos. Born on 14 May 1993, in Saint-Pol-sur-Mer, France, to Dzenita and Dragan Mladenović, she has a brother named Luka. Her father is a former handball player and an olympic gold medalist for Yugoslavia, and her mother is a former volleyball player. She began playing tennis in the Junior leagues in 2006, and became the European Under 14 singles champion in 2007.