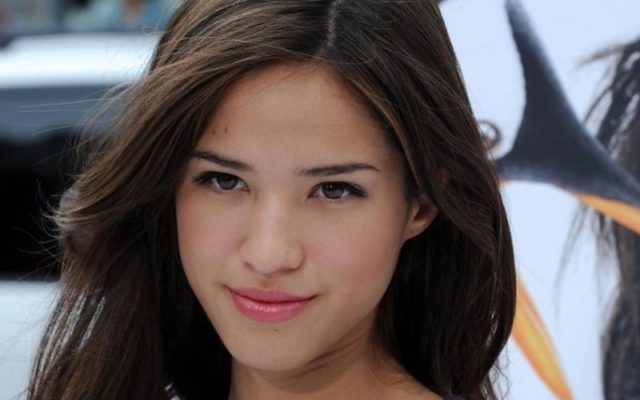 Kelsey Chow has a medium shoe size. Below is all you want to know about Kelsey Chow’s body measurements, and more!

Short Bio
Kelsey was born September 9, 1991 in Columbia, South Carolina. She has Chinese, Cherokee, and English ancestry. CHow became famous as Gigi Silveri on TV series One Tree Hill. Her another main role was Mikayla Makoola on Pair of Kings. She also appeared on several movies such as My Sweet Misery, he Wine of Summer, and Run. Kelsey is currently studying at Columbia University.

When you’re young, you don’t think about your career or your future – you perform because you love it.

Pair of Kings’ is so much fun, literally. It is a very physical show with loads of stunts and green screen work, and you never know what great adventure is ahead of you! It’s also a nice change in terms of being of similar ages to Doc Shaw and Mitchel Musso.

One Tree Hill’ will always be very, very special to me. It was my first television show. And my first gig in the business. It was surreal. I booked the role when I was 13. I had just started high school, and literally, I think, a week into high school, I found out I got the role. It was unimaginable! I learned so much from that show.

I enjoy having the ability to play a variety of ethnicities. Being ethnically ambiguous allows me to explore many roles, and I enjoy being free to be whoever I want to be.

It’s fun to get away from myself for a while when I take on these roles that have very different personalities from my own. I get to say things I normally wouldn’t say or act in ways I normally wouldn’t act. After all, such roles are more challenging because you really have to immerse yourself in the character.