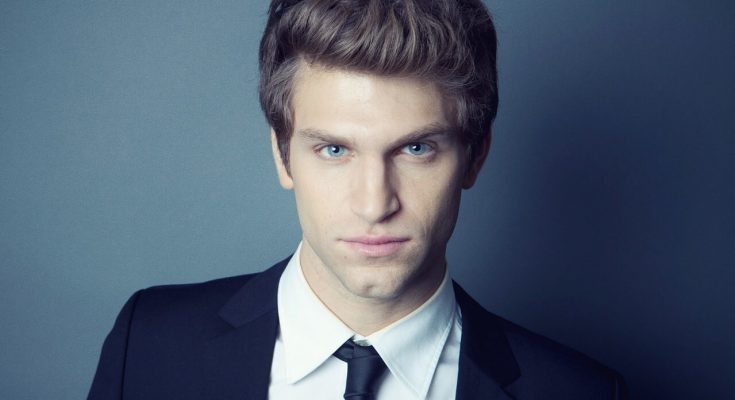 Check out Keegan Allen’s shoe size and his other body measurements!

The American Actor and Musician best known for his performance as Toby Cavanaugh in the popular television series Pretty Little Liars, Keegan Phillip Allen was born on July 22, 1989. The son of Joan Snyder and actor Phillip Richard Allen had interest towards cinematography, photography and other behind the camera role while growing up but his parent’s belonging to this field ultimately led him towards acting. He received his first acting job at the age of thirteen in the documentary Animal Planet which was followed by another small role in short film Small Emergencies. After this, Keegan Allen took a long break and finally made his comeback in 2010 with an appearance in TV show Big Time Rush. Soon after returning to the field of acting, Keegan received his career breakthrough role in the form Toby Cavanaugh in the hit TV series Pretty Little Liars. The show began airing in 2010 and Allen has remained the part of its main cast since then. Along with this, he has also made appearance in a couple of more TV shows as well as films and continues to impress the critics with his fabulous performances. In addition to that, the actor also published a book of photography named “life.love.beauty” which became a National Bestseller.

As an actor, to go and see those shows – great plays like ‘Who’s Afraid of Virginia Woolf?’ and Clifford Odets’s ‘Golden Boy’ – it’s so exhilarating. I’d personally love to perform the role of Jerry in Edward Albee’s ‘The Zoo Story.’ He’s a transient, lost soul, and an example of humanity at its rawest.

Sorry, I don’t eat any fast food. I believe in eating healthy organic foods for a better lifestyle.

I personally call one of my fans every month. I answer all of my own fan mail.

When I was in high school, my friends and I would drive out into the country to abandoned houses and structures… haha… to ghost hunt. We would scare each other so bad! We would sometimes camp out by the abandoned buildings just to scare ourselves! Such good times. The adrenaline of real fear is so cool!

Once I start reading something, I can’t stop. I obsessively read, which is a problem with long books!