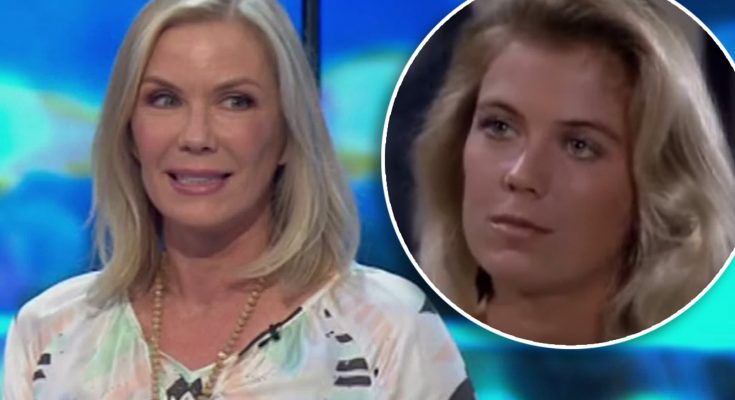 Katherine Kelly Lang is an American actress born in Hollywood, Los Angeles, California. She is most famous for her portrayal of Brooke Logan on The Bold and the Beautiful since 1987. She made her acting debut in the 1979 roller disco film Skatetown, U.S.A. at age 18. She played Denise in the 1987 film The Night Stalker. Born as Katherine Kelly Wegeman in Hollywood, Los Angeles, California, on July 25, 1961, to Judy Lang and Keith R. Wegeman, she is the granddaughter of famed cinematographer Charles Lang. She is a graduate of the Beverly Hills High School. She was married to Skott Snider from 1989 to 1995 and Alex D’Andrea from 1997 to 2014. She is the mother of three children, Julian, Jeremy and Zoe.