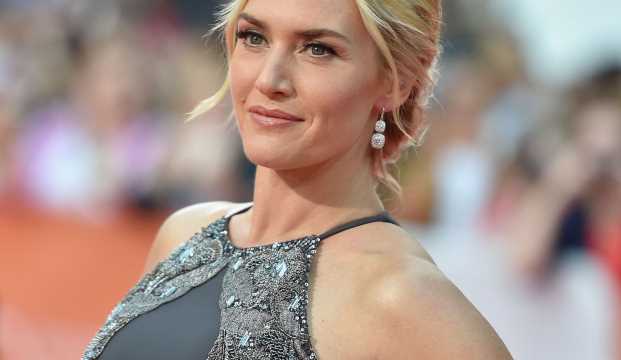 Kate Winslet has a large shoe size. Below is all you want to know about Kate Winslet’s body measurements, and more!

Short Bio
Kate was born 5th October 1975 in Berkshire, England. She is best known for her roles in Titanic, The Reader, Eternal Sunshine of the Spotless Mind and Finding Neverland. In 1998 Kate married director Jim Threapleton and she gave birth to a daughter two years later. They divorced in 2001. In 2003 she married director Sam Mendes and in the same year had a son. She divorced with her second husband in 2010. Kate engaged to her boyfriend Ned Rocknroll in 2012, married him few months later and now they are expecting a baby.

So I won an Oscar. It’s amazing. I’ve got that for the rest of my life for a performance I am proud of. It nearly killed me. I am really proud of the film. That’s it, moving on.

There are moments to indulge and enjoy, but I always know when it’s time to go home and wash my knickers.

I finally moved out of my parent’s house. It was only fair to let my sister have her own room.

It doesn’t make any sense… that’s why I trust it!

My skin still crawls if you call me a movie star. I get embarrassed. I think, don’t be ridiculous. Maybe it’s because I’m British. To me, Julia Roberts that’s a movie star. But when people do call me one, that, I think, is an enormous compliment but, my God, is that a responsibility!