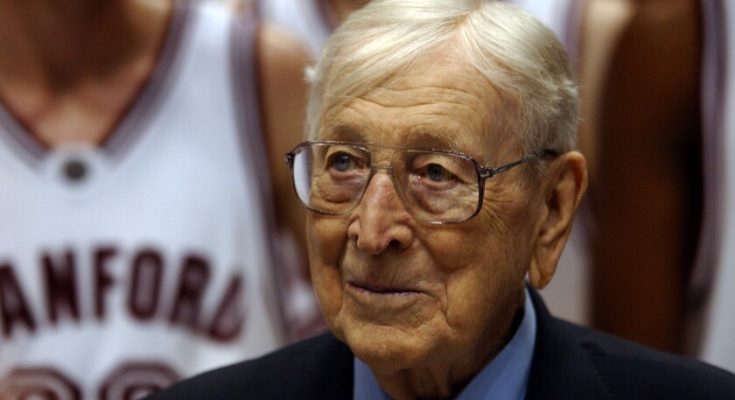 John Wooden’s shoe size and other body measurements are found below!

He went to the state championship finals three straight years during his playing days at Martinsville High School. He then went on to play college basketball at Purdue from 1929 to 1932.

He was dubbed the Wizard of Westwood, for his constant ability to combine positive thinking with winning strategy.

He was loved by many of the players he coached, one of those being Kareem Abdul-Jabbar, then known as Lew Alcindor.

I think that in any group activity – whether it be business, sports, or family – there has to be leadership or it won’t be successful.

It isn’t what you do, but how you do it.

Friendship is two-sided. It isn’t a friend just because someone’s doing something nice for you. That’s a nice person. There’s friendship when you do for each other. It’s like marriage – it’s two-sided.

If there’s anything you could point out where I was a little different, it was the fact that I never mentioned winning.