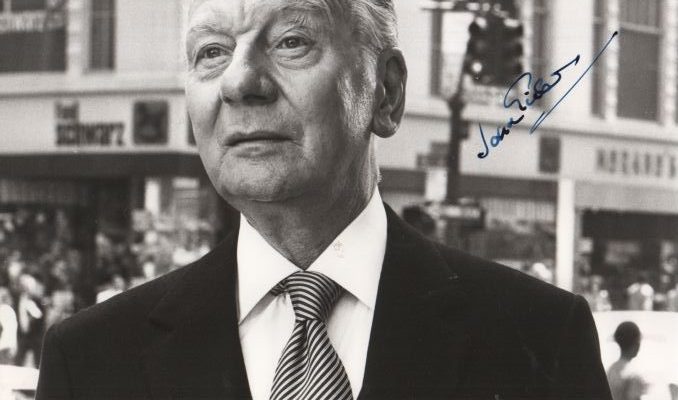 Check out John Gielgud’s shoe size and other body statistics!

Prolific British actor who played Hamlet over 500 times and had the distinction of winning an Oscar, Emmy, Grammy, and Tony Award.

He came from a long line of actors, and his first stage experiences involved playing Shylock and Humpty Dumpty before receiving a scholarship to Westminster school in London.

He was knighted in 1953, became a Companion of Honour in 1977, and was admitted to the Order of Merit in 1996, fifteen years after winning the Oscar for Best Supporting Actor for his performance in Arthur.

His longtime partner Martin Hensler died in 1998, only 16 months before his own death.

He was good friends with Sir Laurence Olivier, albeit competitors professionally, as both were known as the greatest Shakespearean actors of their generation.

Before you can do something you must first be something.

Your English style will no doubt put all the other gentlemen to bed. I speak figuratively, of course.

Acting is half shame, half glory. Shame at exhibiting yourself, glory when you can forget yourself.