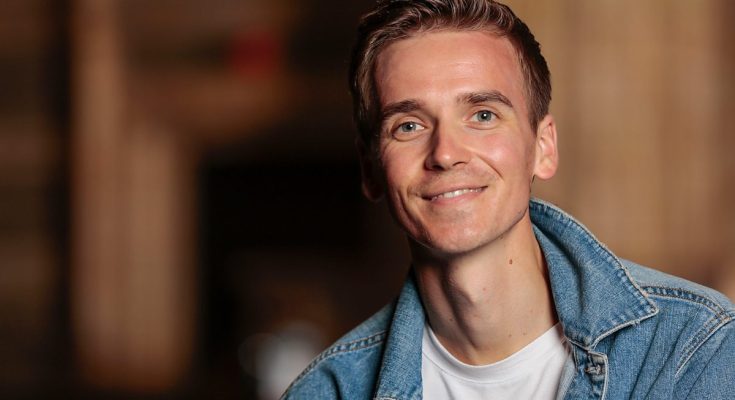 Joe Sugg’s measurements are seen below, including shoe size, height and weight!

Eccentric YouTube vlogger who is known for his channel ThatcherJoe, which has earned over 7 million subscribers. He is best known for his unique impressions of such celebrities as One Direction’s Niall Horan and fellow YouTuber Tyler Oakley. In 2018, he became runner-up on the 16th season of Strictly Come Dancing.

He joined the vlogging world in August of 2012.

He also has a secondary channel called ThatcherJoeVlogs, and a gaming channel, ThatcherJoeGames, both of which have gained a following as well. He has over 4.8 million followers on Twitter.

His older sister Zoe Sugg is another popular YouTube star. His father Graham goes by DaddySugg on Twitter, and his mother is named Tracey. He began dating his Strictly Come Dancing partner Dianne Buswell in late 2018.

In 2014 he became roommates with fellow YouTube star Caspar Lee.