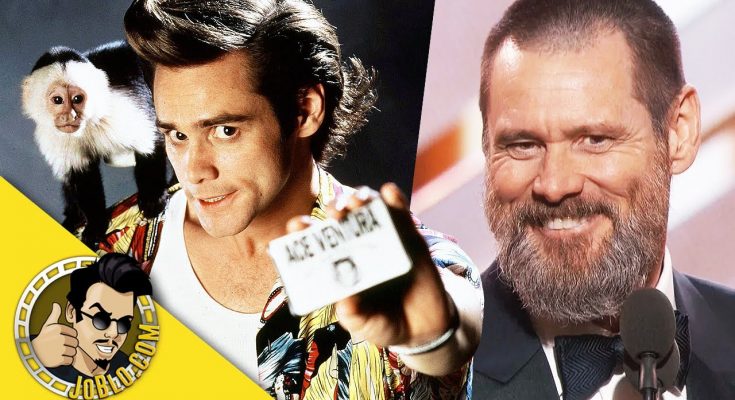 Check out Jim Carrey’s shoe size and his other body measurements!

James Eugene Redmond “Jim” Carrey is a Canadian-American actor, film producer and comedian born on 17th January 1962. He is known as one of the leading movie stars in the Hollywood. Jim began his career from the stage appearances as a comedian. Inspite of getting fame as a stand-up comedian, Carrey turned his attention towards television and film industry. He received recognition as an actor from the film Ace Ventura: Pet Detective released in 1994. Later on, he became successful in taking the lead roles in the blockbuster films such as The Mask, Dumb and Dumber and Ace Ventura: When Nature Calls. In 1998, Jim appeared in the film The Truman Show which gained critical acclaim and bestowed him with his first Golden Globe Award. In coming years, Carrey appeared in numerous successful films such as Bruce Almighty, The Number 23 and Dumb and Dumber To. He won several awards and nominations throughout his career including MTV Movie Awards, Blockbuster Entertainment Awards and Screen Actors Guild Awards. in his personal life, Jim Carrey married twice. Firstly with actress Melissa Womer in 1987 with whom he has a daughter named Jane Erin Carrey. After his separation from Melissa, Jim got married to Lauren Holly in 1996 but unfortunately the couple separated within a year. After that, he dated several female celebrities including Anine Bing, Renee Zellweger and Jenny McCarthy.

Life opens up opportunities to you, and you either take them or you stay afraid of taking them.

I praticed making faces in the mirror and it would drive my mother crazy. She used to scare me by saying that I was going to see the devil if I kept looking in the mirror. That fascinated me even more, of course.

I’ve tried everything. I’ve done therapy, I’ve done colonics. I went to a psychic who had me running around town buying pieces of ribbon to fill the colors in my aura. Did the Prozac thing.

My mother was a professional sick person; she took a lot of pain pills. There are many people like that. It’s just how they are used to getting attention. I always remember she’s the daughter of alcoholics who’d leave her alone at Christmas time.